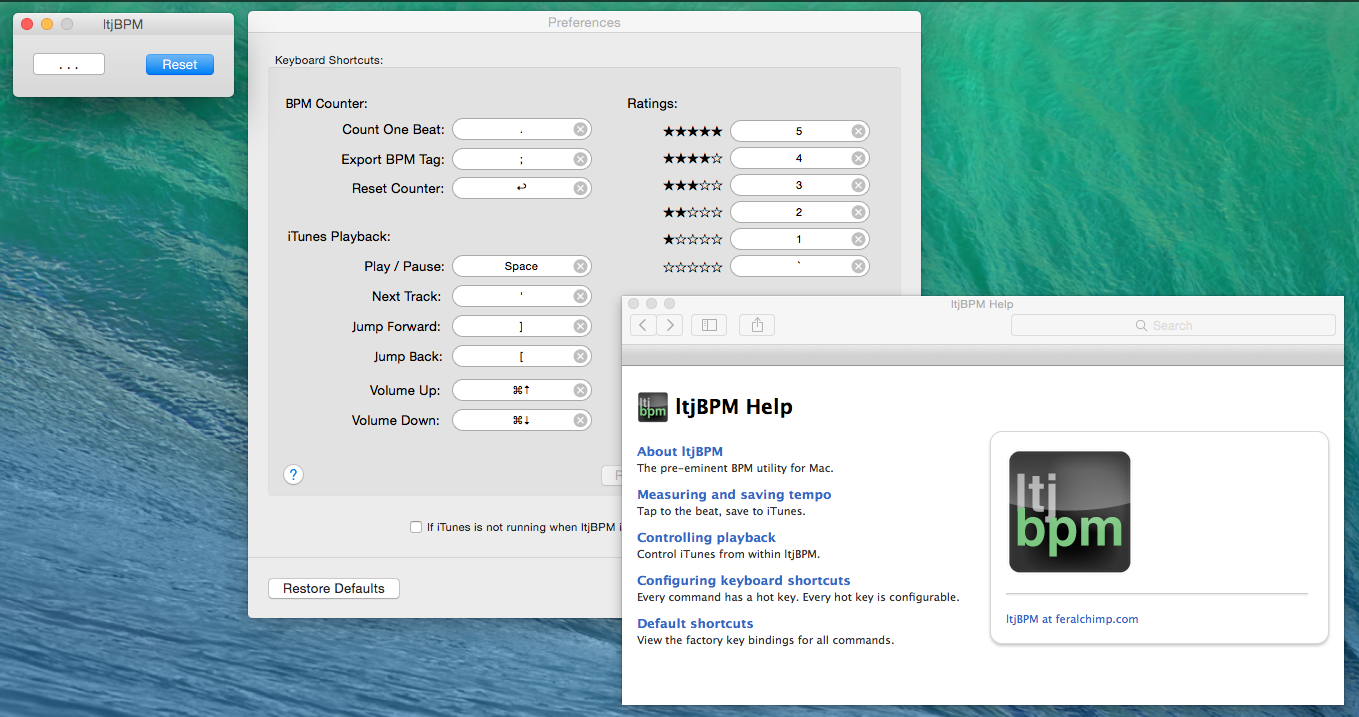 ltjBPM is a Mac app for quickly and accurately measuring the tempo of audio you’re listening to, and (if applicable) setting the BPM tag of the currently-playing iTunes track.

what ltjBPM does really well

The ltjBPM usage model is built around the following behavior loop:

Because a die-hard music fan is going to end up doing this hundreds or thousands of times, the default settings for those hotkeys are all in close proximity to each other on the keyboard.

You may need to seek forward or backward to find the part of the track you’re interested in measuring, so there are hotkeys for jumping forward or back 10 seconds at a time.

You may want to rate the track (between 0 and 5 stars) to make it show up in a smart playlist, so there are hotkeys to do that with one touch.

You may want to pause iTunes, or change the iTunes playback volume without leaving ltjBPM, so there are hotkeys to do that too.

what ltjBPM is not (and why)

That design decision was made over a decade ago, when tempo detection algorithms were not as good as they are today. But ltjBPM will remain a manual, tap-based BPM tool:

For bug reports, feature requests, and just for checking in from all over the world.